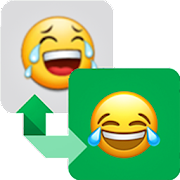 Each emoji has its own distinct connotation and effect. One of the best examples is the 😳 emoji, whose appearance varies cross-platform. Emoji Translate allows you to translate emojis between Apple, Samsung, Microsoft, LG, Google, Twitter, and HTC. This is most useful for Samsung users, as Samsung emojis often have the greatest differences. However, Samsung emojis are beginning to become more unified.
🎯 Despacito 👏 this 🍓 is 💶 how ✨ we 🙋🏼 do 🛑 it 🐽 down 👇 in 💰 Puerto 💃 Rico😂
Additional informations
Published/Updated Date