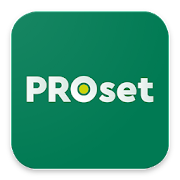 7 person
Description
Thanks to the PROset technology, the addressing, configuration and maintenance of the emergency luminaires is a breeze: the luminaires equipped with the new EMpower PROset control gear can be programmed directly via NFC interface of control gear.

Note: Before the first writing process, a control gear must be read out -> The article number and designation of the luminaire as well as the address range are available.

Addressing: small, difficult-to-operate rotary switches belong to the past. The address can be selected by simply scrolling.

Dimming level: Setting of the dimming level in mains operation (AC level) and in emergency operation (DC level, only for centrally supplied emergency luminaires). Setting for luminaires without connection to a system / parameter is overwritten by the system to default settings.

Maintenance / device exchange: simple control gear exchange via the NFC interface. The configuration data (operating parameters of the LEDs) can be copied from an old control gear or selected from a database.

Device exchange via the database: Select the article number -> Write the configuration data on the new control gear. Address, switching mode and dimming levels can be configured in a second step.

Features of the app:
- Fast and easy operation
- Easy setting of the address via a scroll wheel. The simple configuration excludes incorrect switch settings.
- Configuration of the luminaire (switching mode, dimming levels) possible without central controller.
- Maintenance: The Black box function displays statistics such as errors, temperature, tests and operating times. Contents of the black box data can be forwarded to the headquarters for further analysis.
- Control gear exchange via the copy function or the integrated database