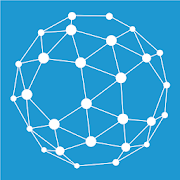 Frequent contact with a language = faster language acquisition
In order to master a foreign language, continual contact with real, non-textbook speech is necessary. The development of Mooveez was inspired by the so-called Scandinavian phenomenon. In Scandinavian countries, the long term practise of watching movies, TV shows and fairy tales in their original format – ie. giving contact with the actual spoken language - has in large part influenced the knowledge of foreign languages in those countries. It helps with the acquisition of a passive vocabulary as well as the ability to use the right phrases in the right situations.

Due to the unique nature of our app, we were awarded the British Council ELTon Award in the Digital Innovation of the Year category in 2016:
"Every year, dozens of projects from all over the world apply for the ELTon awards. We were very pleased that this year, a representative of the Czech Republic was shortlisted in the Digital Innovation category. That in itself is a huge success. The win by the Czech app Mooveez just proves the app’s great learning potential in the Czech Republic and in other countries." Justin Spence, Director, British Council, Czech Republic

Who uses Mooveez today?
The app has been developed for those of you who know that the classical style of teaching is not completely effective. You have been lacking language practise, regular contact with a native speaker on a daily basis and especially when you have a bit of free time during the day to spend on improving your language skills.
Several thousand users already work with Mooveez - self-taught language learners, private language tutors and teachers at primary, secondary and language schools.

Why use Mooveez to learn languages and what benefits does it offer?
- We combine fun with teaching components – the functionality of Mooveez is based on natural learning
- Soundcards which you can use for repetition of phrases
- Switch easily between languages and translations
- An interactive script with the ability to easily repeat individual movie sequences based on your needs
- A thorough translation. You don’t need to worry that you’ll learn bad phrases. Our subtitles are professionally translated and accurately described
- Over 150 movies and TV shows as well as our own productions in various genres and levels of difficulty.
- Over 7000 exercises and quizzes which will help you get movie phrases under your belt.
- Over 1000 specifically prepared lessons
- Five international languages which you can practise regularly

With a SUBSCRIPTION, you gain access to the entire collection which is continually being expanded.
Customer support: [email protected]
Additional informations
Published/Updated Date