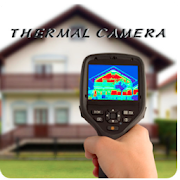 A thermal camera is used to detect the distribution of heat in an environment. In simple terms, a thermography tool detects heat rather than light, displaying this information as a thermal map image with relative temperature data. While each pixel of a digital image is associated with a visual marker, a pixel for a thermal image receives image and temperature data, thereby creating the thermal map.

The thermal camera is a wonderful invention, but what myths, legends and other information do you not know about them?

Increasingly affordable, thermal imaging equipment is rapidly being adopted in many industries, from the detection of marine icebergs to the automated monitoring of process machines. They are also very common in building analysis, detection of overheating electrical components and countless other applications.